CEO of Tesla, Elon Musk, has just become the richest person in the world, with a personal fortune valued at $185 billion (£136 billion); this will be the first time the Tesla CEO has topped the global rankings. This undisputed title was taken from Amazon’s Jeff Bezos, who has been the world’s wealthiest person since 2017.

The personal wealth of Elon Musk has been boosted by last years more than eight-fold surge in the shares of Tesla, which became the world’s most valuable carmaker. according to a Bloomberg report, he has a 20 percent stake in the carmaker and about $42 billion of gains on vested stock options.

Tesla shares were up as much as 7.4 percent on Thursday, 7th January 2021, at a record high of $811.61. Shares in the electric car company soared on hopes that a Democrat-controlled US Senate would usher in a new green agenda. 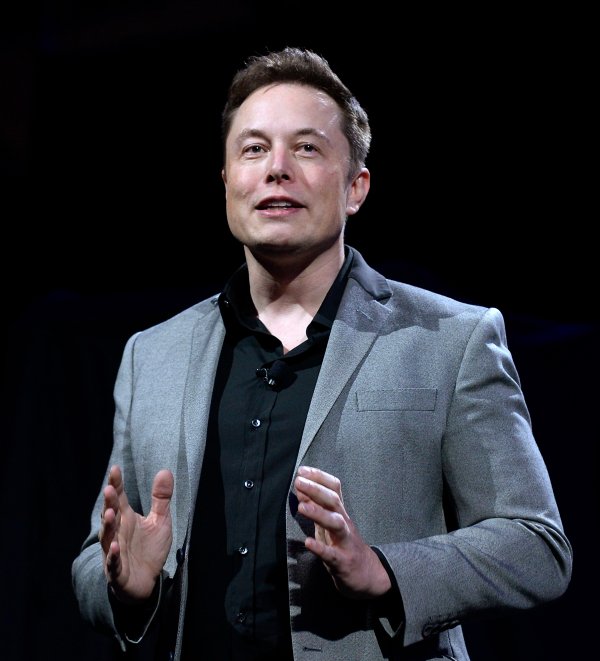 Elon Musk owns about 20% of Tesla’s shares, so has benefited from the US company’s recent performance on the stock market. Tesla’s share price hit $700 billion on Wednesday, making it more valuable than Toyota, Volkswagen, Hyundai, GM, and Ford combined. At the start of 2020, it was priced at $115 billion.

The Forbes Billionaires List, however, said Elon Musk still trails Amazon’s Bezos by $7.8 billion. Forbes has a more conservative estimate based on the Tesla stake that he has pledged as collateral for personal loans.

This news comes on the back of some upbeat news around electric cars. Tesla recently announced that it had produced just over 500,000 cars in 2020, despite the global Covid-19 pandemic. Deliveries in total for 2020 were 499,550 – just 450 short of the target announced at the start of the year. The figure is another substantial improvement on the previous year for Tesla, which reported approximately 367,500 deliveries in 2019 – reflecting a 50% improvement in sales in 2018.

Elon Musk, who co-founded and sold Internet payments company PayPal, now leads some of the most futuristic companies in the world. Besides Tesla, he heads rocket firm SpaceX and Neuralink, a startup that is developing ultra-high bandwidth brain-machine interfaces to connect our brains to computers.

Who is Elon Musk?

Elon Musk is a South African-born American entrepreneur and businessman known for founding Tesla Motors and SpaceX, which launched a landmark commercial spacecraft in 2012. founded X.com in 1999 (which later became PayPal), SpaceX in 2002, and Tesla Motors in 2003. Musk became a multimillionaire in his late 20s when he sold his start-up company, Zip2, to a division of Compaq Computers.

Musk came to limelight in May 2012, when SpaceX launched a rocket that would send the first commercial vehicle to the International Space Station. He bolstered his portfolio with the purchase of SolarCity in 2016 and cemented his standing as a leader of industry by taking on an advisory role in the early days of President Donald Trump’s administration. 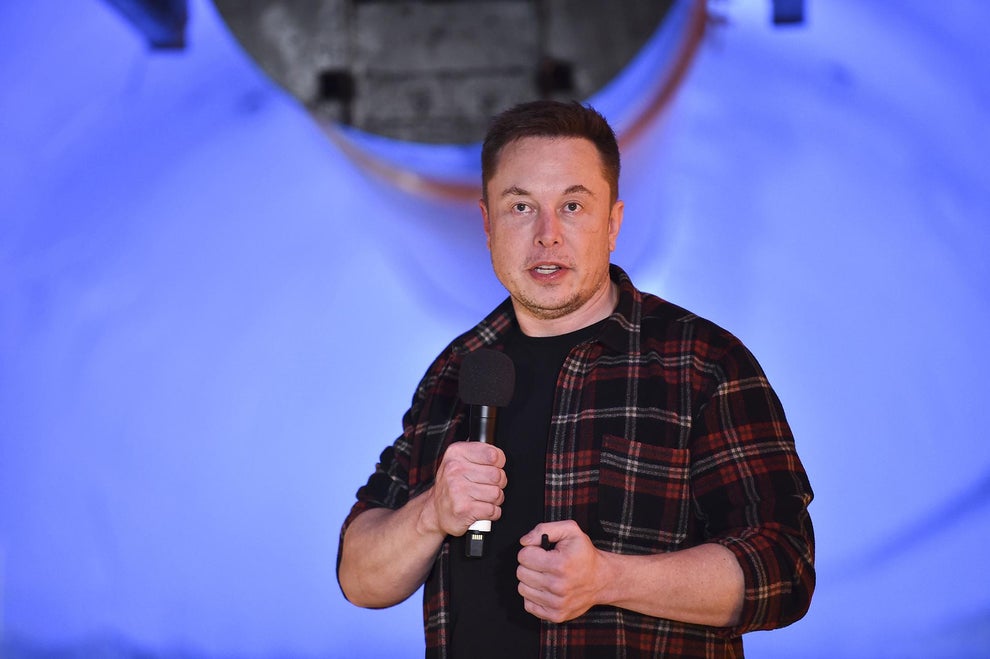 Musk was born on June 28, 1971, in Pretoria, South Africa. As a child, Elon Musk was so lost in his daydreams about inventions that his parents and doctors ordered a test to check his hearing. At about the time of his parents’ divorce, when he was 10, Musk developed an interest in computers. He taught himself how to program, and when he was 12 he sold his first software: a game he created called Blastar.

Musk was short, introverted, and bookish in grade school. He was bullied until he was 15 and went through a growth spurt and learned how to defend himself with karate and wrestling.

His mother, Maye Musk, is a Canadian model and the oldest woman to star in a Covergirl campaign. When Musk was growing up, she had to work five jobs at one point to support her family. Musk’s father, Errol Musk, is a wealthy South African engineer. Musk spent his early childhood with his brother Kimbal and sister Tosca in South Africa. His parents divorced when he was 10.

In 1989, at age 17, Musk moved to Canada to attend Queen’s University thereby avoiding mandatory service in the South African military. Musk obtained his Canadian citizenship that year, in part because he felt it would be easier to obtain American citizenship that way.

In 1992, Musk left Canada to study business and physics at the University of Pennsylvania. He graduated with an undergraduate degree in economics and stayed for a second bachelor’s degree in physics.

After leaving Pennsylvania, Musk headed to Stanford University in California to pursue a PhD in energy physics. However, his move was timed perfectly with the Internet boom, and he dropped out of Stanford after just two days to become a part of it, launching his first company, Zip2 Corporation in 1995. Musk became a U.S. citizen in 2002. 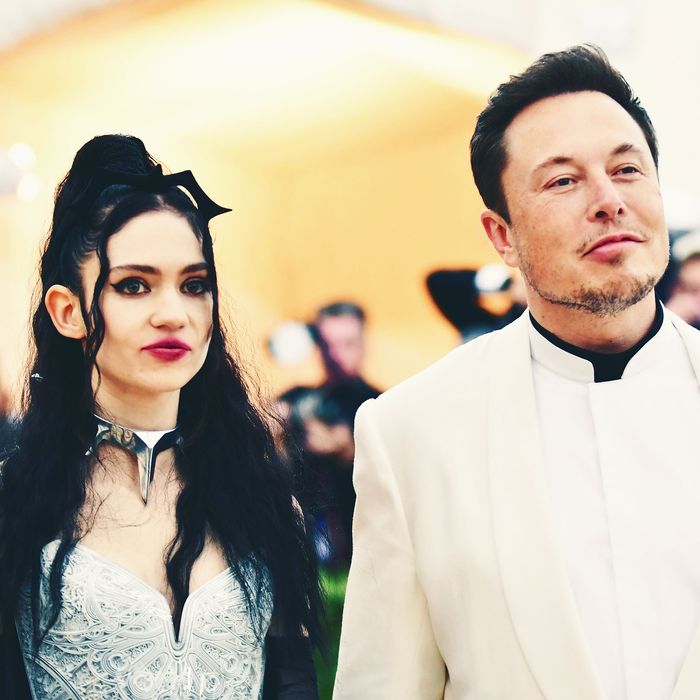 Musk has been dating the musician Grimes since 2018. Grimes, 32, whose real name is Claire Boucher in January 2020, announced she was pregnant on Instagram while sharing a topless photo of herself with a baby bump and wrote in the caption that “being knocked up is a very feral & war-like state of being.” This is Grimes’ first child, while Musk already has five sons. He has been divorced three times — twice from the same woman.

Grimes born as Claire Boucher grew up in Vancouver, British Columbia. She attended a school that specialized in creative arts, but didn’t focus on music until she started attending McGill University in Montreal. A friend persuaded Grimes to sing backing vocals for his band, and she found it incredibly easy to hit all the right notes. She had another friend show her how to use GarageBand and started recording music.

Grimes has been described as an electronic-pop artist, whose music is “dark and ethereal, catchy and strange.” In a 2019 profile, the Wall Street Journal described her music as “the kind of music you imagine a group of vampires would listen to if this group of vampires also happened to be on a cheerleading squad.”

Please feel free to let us know if this article has helped you know more about Tesla’s CEO, Elon Musk.

Should Technology in Education be encouraged?