Have you ever wondered how astronauts spend their time in space? Not only do they enjoy weightlessness or catch beautiful glimpses of Earth, they also have important duties and responsibilities! Astronauts live on the International Space Station for months at a time conducting research and experiments. Conducting these missions is costly. To make the most of their time up there, their schedule in space is carefully planned and organized.

Life in space is, unsurprisingly, very different from life on Earth. In an environment without gravity, even simple tasks become more complicated.

Planning the daily routine of an astronaut on the International Space Station is actually quite difficult. There are several daily tasks and maintenance work that an astronaut has to do, as well as scientific experiments. Each day, astronauts must exercise for 2.5 hours (mostly with resistance equipment) to maintain normal muscle tone and fitness levels, because without gravity, they don’t have to use their muscles the way we do here on Earth.

Scheduling workout times can be difficult because they can’t work out right before or after a meal. They also have to check themselves and each other regularly to monitor their health. When the astronauts go on “space walks” to check the exterior of the space station, these walks can last up to 7 hours and require the astronauts to recover for an hour afterward. 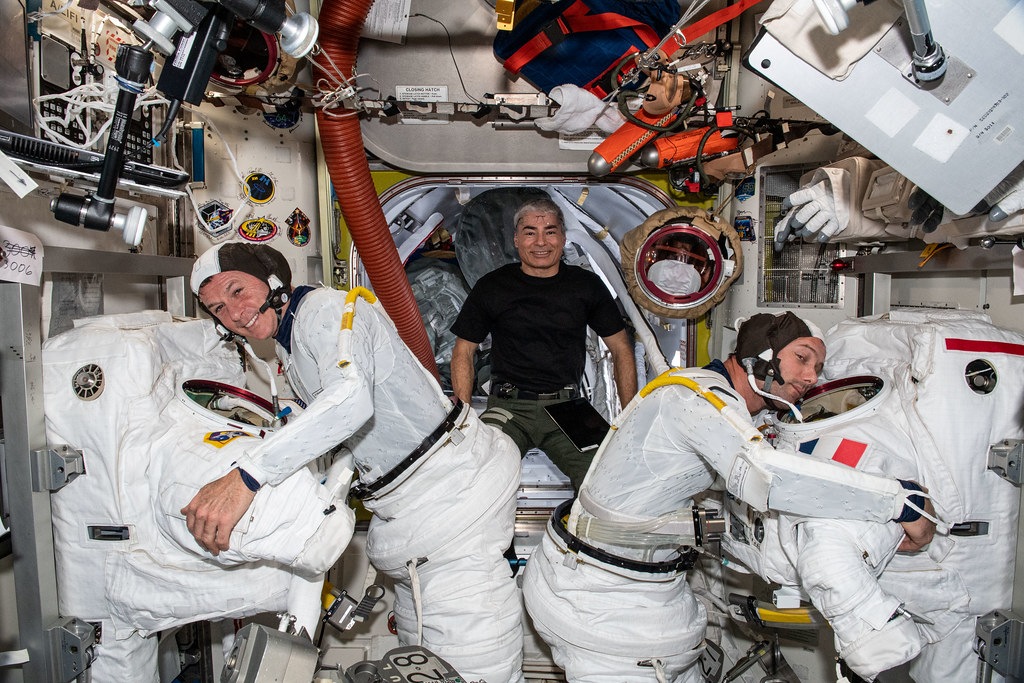 The astronauts are also often asked to give interviews to update those at home on their progress and to show us what their lives are like on the station. When creating their schedules, astronauts must take into account when it’s light and when it’s dark on the space station, what times of day they can communicate with people in Houston or Russia, and when certain satellites are “on” so they can communicate with home and use certain equipment.

Why Do Astronauts Go To Space?

The main reason for the astronauts’ stay on the International Space Station is science, and a variety of experiments are conducted there. What all experiments have in common is that they have to improvise with the available equipment due to the limited space on the station. There are two main research facilities on the space station: The Human Research Facility and the Microgravity Science Glovebox. In the Human Research Facility, many experiments are conducted to determine how well the human body can adapt to life in space. In the Microgravity Glovebox, astronauts can handle otherwise dangerous liquids in a sealed box with built-in gloves. 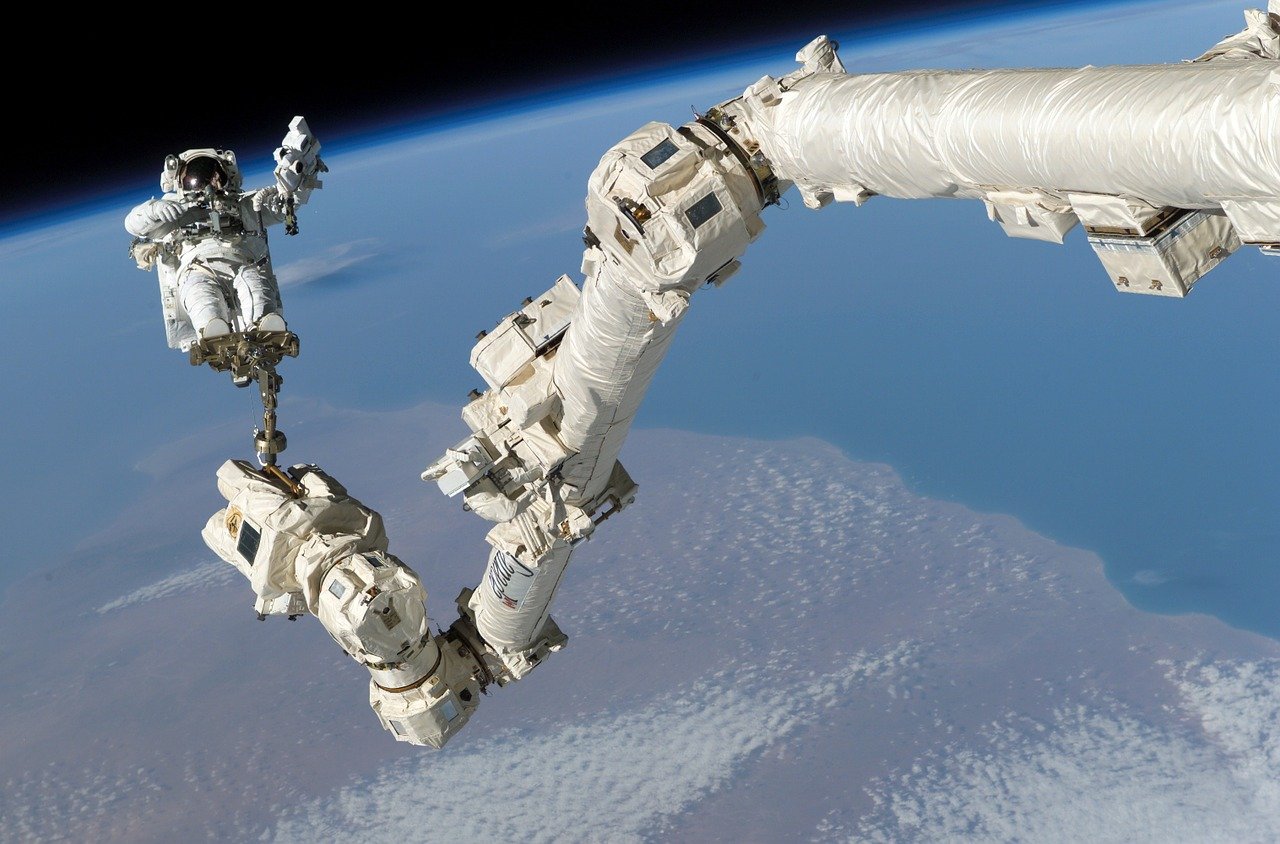 Here Are 9 Everyday Things Astronauts Can’t Do In Space

Some everyday items are nearly impossible for astronauts to do in space. Everyday items such as salt and bread are banned on the International Space Station because of fears that they will fly around everywhere and potentially damage space equipment or be accidentally inhaled by astronauts.

Basic eating, sleeping and showering habits must also be adjusted. Astronauts have to make many sacrifices when they move away from Earth.

Besides the dangers of space travel and being away from family, weightlessness brings a whole new set of rules that affect many aspects of daily life.

1. Astronauts can’t cry in space the way they can on Earth.

Astronauts can laugh all they want in space, but crying is something else entirely without gravity.

When asked if he could cry in space, Canadian astronaut Chris Hadfield replied, “Can you cry in space? Your eyes produce tears, but they stick as a liquid ball. They even burn a little bit. So there are no tears shed in space.”

If an astronaut doesn’t wipe the water away, tears in space can form a huge glob that can come out of the eye, as The Atlantic explains. So in space, you can actually watch a ball of your tears float around. 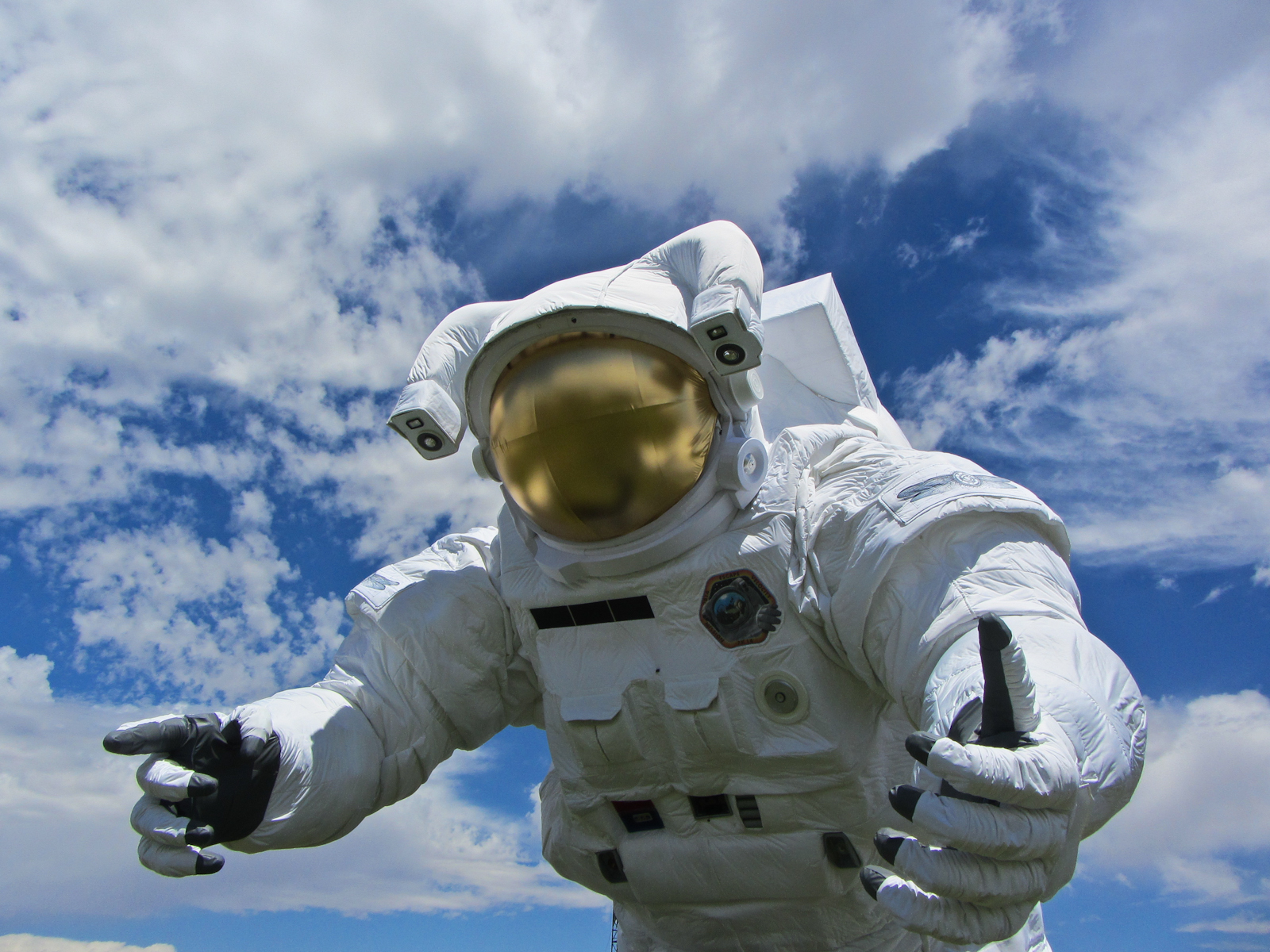 2. You cannot consume ordinary things like bread and soda.

According to the Franklin Institute, many common foods are too difficult to transport and consume in space.

Bread, for example, can produce crumbs that can damage equipment or be accidentally inhaled by astronauts. Therefore, according to NASA, tortillas have been used since the 1980s.

As for drinks, carbonated beverages are off the table because they are not buoyant in zero gravity. Vickie Kloeris, subsystem manager for Shuttle and ISS food systems at Johnson Space Center and program manager for NASA’s FTCSC, told NASA, “Carbonated beverages are not an option at this time because the carbonation and soda don’t separate in zero gravity.”

Salt and pepper have also been banned because they float away and can potentially damage equipment or get into astronauts’ mouths, ears or noses. Fortunately, NASA has developed liquid versions as a substitute. 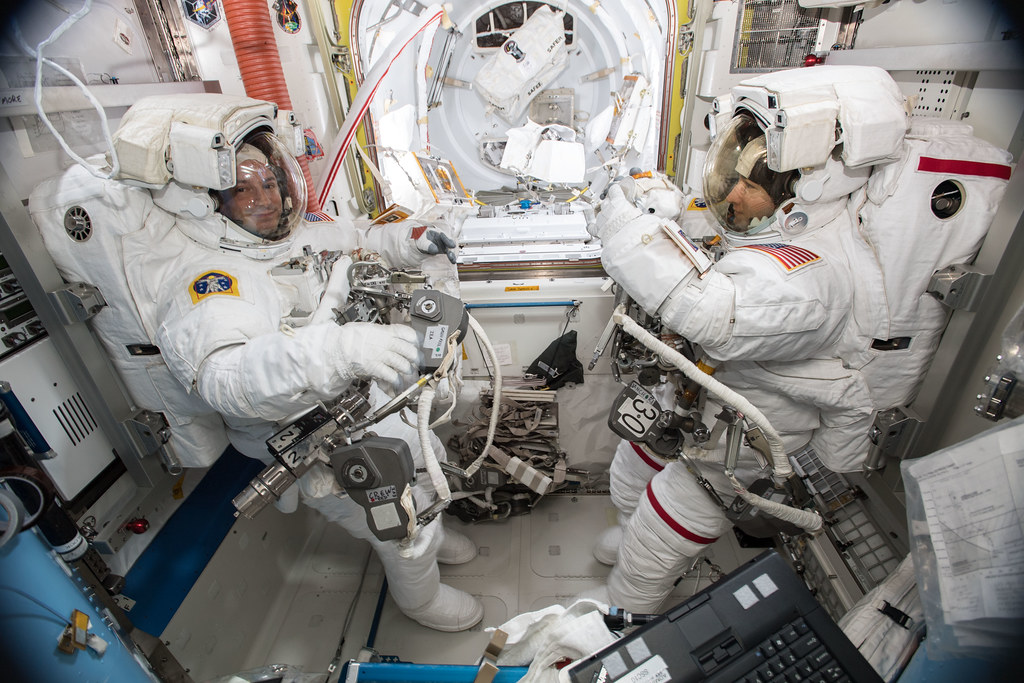 According to Space.com, the only humans to ever eat bread in space were the astronauts on NASA’s 1965 Gemini 3 mission, when John Young smuggled a corned beef sandwich aboard.

If you’ve ever tried writing upside down with a pen, you know that doesn’t work. The ink needs gravity to flow. According to Scientific American, both American astronauts and Russian cosmonauts originally wrote in space with mechanical pencils.

Then, in 1965, the Fisher Pen Company patented a pen whose cartridge is pressurized with nitrogen. This pressure pushes the ink toward the tip, so the pen continues to work even when it is upside down, exposed to extreme temperatures or submerged in water. These pens are still used today. 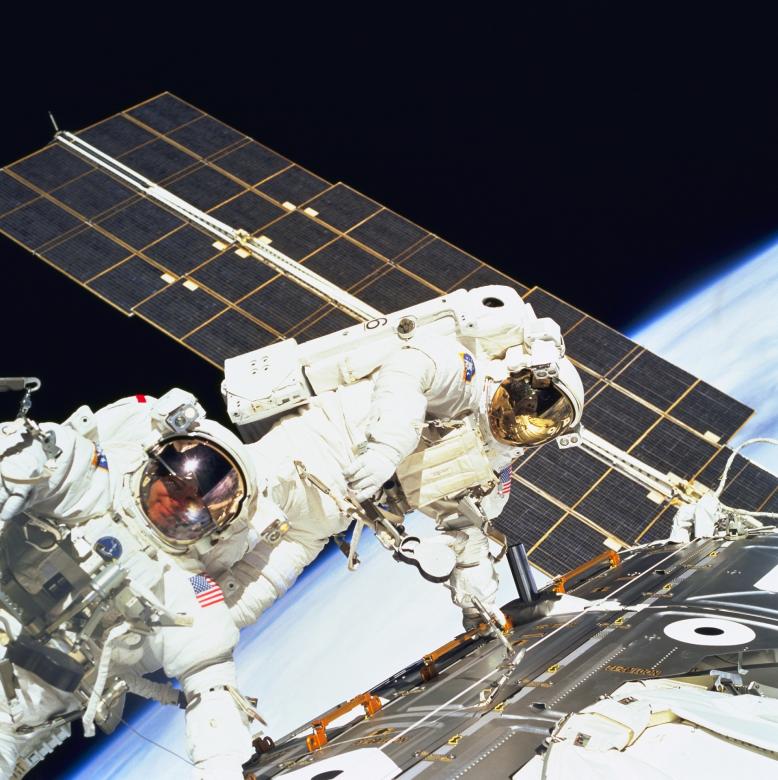 4. They cannot coordinate their sleep rhythm with the rising and setting of the sun.

On the International Space Station, astronauts experience up to 16 sunsets in a 24-hour day. To prepare for this, the astronauts undergo intensive sleep training before launch, as Space.com reports.

5. Drinking alcohol is not allowed in space.

Although sherry was proposed as a component of astronaut meals in 1972, it never made it onto the space station due to public outrage over astronauts consuming alcohol in space, so an alcohol ban was imposed.

Daniel G. Huot, spokesman for Nasa’s Johnson Space Center, told the BBC, “Alcohol consumption is not permitted aboard the International Space Station.” According to the BBC, however, Russian cosmonauts are apparently allowed to consume cognac to boost their immune systems.

The rationale for this, however, doesn’t have much to do with science. “It’s a political thing. It’s a cultural thing. It’s not a scientific matter,” Dave Hanson, professor emeritus of sociology at the State University of New York at Potsdam, told the BBC. Before the ban, Buzz Aldrin drank communion wine on the moon, but that was never broadcast.

6. Sex is not allowed, either.

Sex is forbidden on space missions. So far, the space station has not admitted to knowing about sex in space.

As Slate points out, it would be incredibly difficult to have sex in space due to the astronauts’ lack of privacy, overwhelming workload, and lack of gravity. 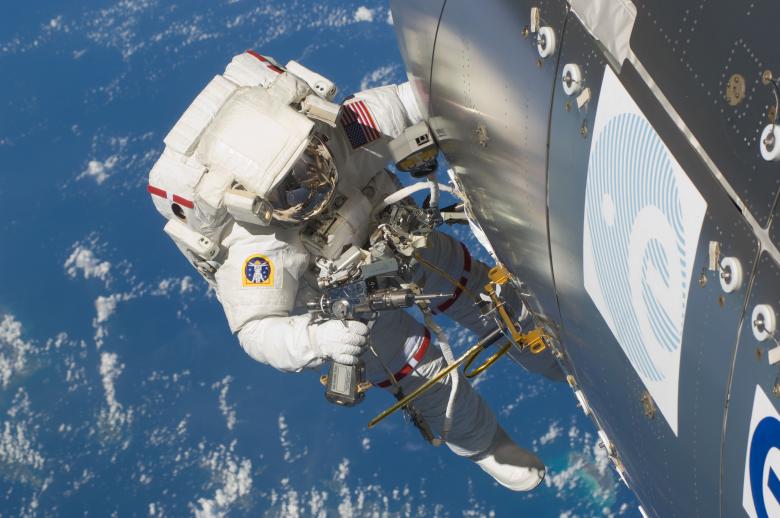 7. They can’t even enjoy a hot shower.

In space, astronauts must use all resources, especially water, which is heavy and therefore expensive, to transport it as efficiently as possible. Instead of showers, astronauts take sponge baths with water distilled from atmospheric moisture, urine, oral hygiene and hand washing, among other things.

On the ISS, NASA says water is extracted from atmospheric moisture and human excreta and recycled into purified drinking water. There is also no particularly efficient way to wash clothes, so astronauts simply repeat their clothing.

NASA reports that astronauts can lose their sense of taste in space. After returning to Earth, food then tastes much more intense, they say. 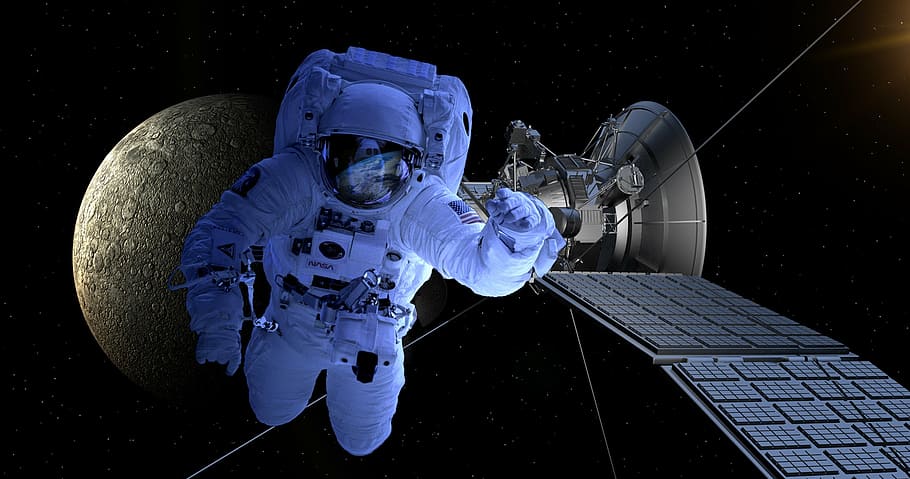 One reason for this could be that body fluids move differently in space due to the lack of gravity. Instead of being needed in the legs, body fluids flow into the head, where they can clog nasal passages. Another hypothesis is that strong odors in the ISS cabin dull the body’s sense of smell, which in turn dulls the sense of taste.

9. Pooping in space is very difficult.

“Number two is more challenging because you’re trying to hit a pretty small target,” Peggy Whitson, who has spent a record 665 days in space, previously told Business Insider. The bathroom (if you can call it that) also doesn’t have a door, just a curtain, and astronauts have to strap themselves in so they don’t float away.

The lack of gravity can lead to some unpleasant complications; as even bits of human excrement can float away. Astronaut Barry Wilmore once described it this way: 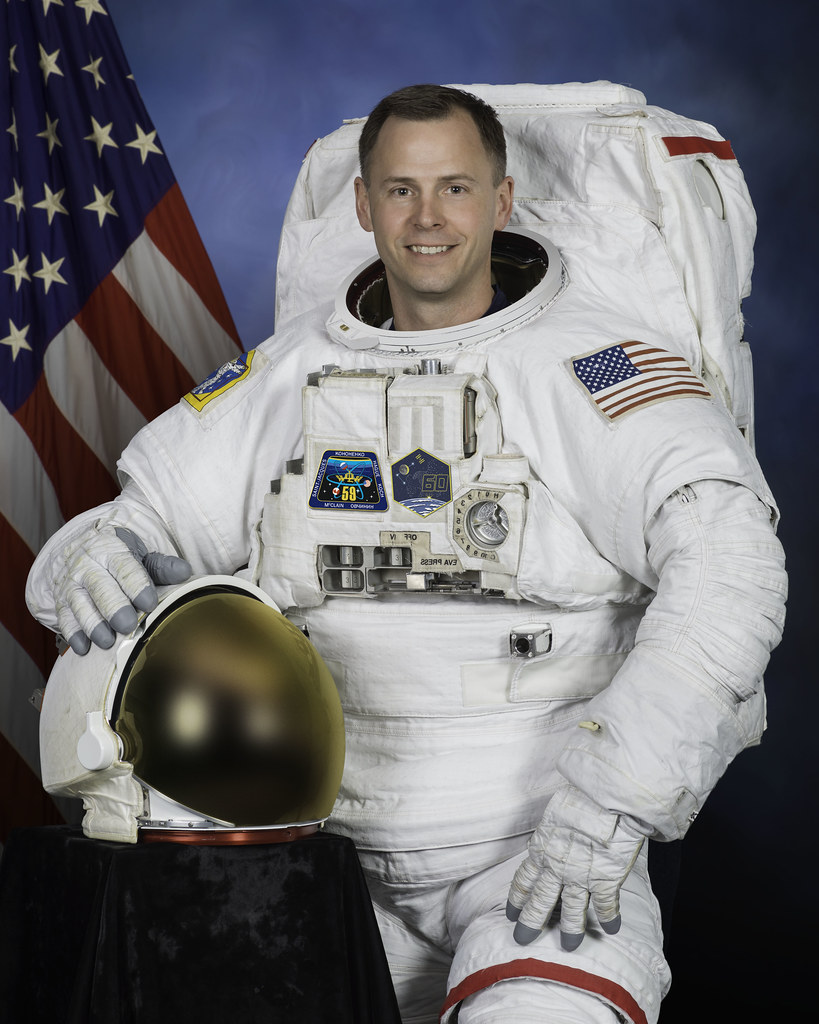 “To use a fish metaphor: There was a very rare occasion when sometimes a product escaped, and the term was ‘brook trout.’ So you have to recapture your brook trout. And that can be pretty funny. You think to yourself, ‘This doesn’t happen on Earth’.

Did you enjoy this article? Read about more exciting topics here.