The year is 2035, and humanoid robots powered by artificial intelligence are part of everyday life. Detective Del Spooner hates robots because he was involved in a car accident and a robot pulled him to safety while he left a 12-year-old girl to die – because the probability of her surviving was statistically lower than Detective Spooner. That’s a little background on the hero from the movie “I Robot” starring Will Smith. Eventually, these humanoids join together in a plot to take over the world.

Is this the future of AI? Will the machine become so powerful that it begins to think to the point of being more capable than humans? Mind you, I said capable, not powerful. No doubt computers are more powerful and can give us answers faster than the human brain, but are they more capable? That’s what people are worried about.

No, AI is not going to take over the world. Movies like “I Robot” are science fiction, with the emphasis on the word “fiction.”

Will AI Take over the World? Robots May Carry out All Human Works between 2030 – 2050, Says Experts

From the office to the living room, devices with human-like features are creeping into our daily lives. Many of us interact with Siri, Apple’s voice-controlled digital personal assistant, every day. It can find information, give directions, send messages, and is just one example of how artificial intelligence (AI) is increasingly penetrating our everyday lives.

For years, there have been warnings that artificial intelligence will take over the world. Recent predictions show that up to 30% of jobs could be automated by the mid-2030s. Artificial intelligence is the simulation of human intelligence processes by machines, especially computer systems. Specific applications of AI include expert systems, natural language processing, speech recognition, and machine vision.

In an economy where data is changing the way businesses create value – and compete with each other – experts predict that the use of artificial intelligence (AI) on a larger scale will contribute as much as $15.7 trillion to the global economy by 2030. As AI changes the way businesses operate, many believe that the people doing the work will change as well – and that companies will begin to replace human employees with intelligent machines. This is already happening, with intelligent systems displacing humans in manufacturing, services, recruitment and finance, leading to human workers taking lower-paying jobs or becoming unemployed. This trend has led some to conclude that our workforce may be unrecognizable by 2040.

How does AI work?

The hype around AI has accelerated, and vendors are scrambling to promote the use of AI in their products and services. Often, what they call AI is only one component of AI, such as machine learning. AI requires a foundation of specialized hardware and software to write and train machine learning algorithms. There is no programming language synonymous with AI, but a few, including Python, R, and Java, are popular.

In general, AI systems work by taking in large amounts of labeled training data, analyzing the data for correlations and patterns, and using those patterns to make predictions about future states. In this way, a chatbot fed examples of text chats can learn to have lifelike dialogues with humans, or an image recognition program can learn to identify and describe objects in images by reviewing millions of examples.

Learning processes: this aspect of AI programming focuses on gathering data and creating rules for how to turn the data into actionable information. The rules, called algorithms, give computing devices step-by-step instructions for performing a specific task.

Reasoning Processes: this aspect of AI programming focuses on selecting the right algorithm to achieve a desired outcome.

Self-correction processes: this aspect of AI programming is used to continuously fine-tune the algorithms to ensure that they produce the most accurate results possible.

AI should complement human intelligence, not replace it

But are humans and machines really in competition with each other? The history of work – especially since the Industrial Revolution – is the history of outsourcing work to machines. This began with rote, repetitive physical tasks like weaving. Machines have since evolved to the point where they can also perform complex cognitive tasks such as mathematical equations, speech and language recognition, and writing. So machines seem poised to take over the work of our minds, not just our bodies. In the 21st century, artificial intelligence is evolving to outperform humans at many tasks, so we seem ready to outsource our intelligence to technology. With this latest trend, there seems to be nothing that can’t be automated soon, which means that no job is safe from being outsourced to machines.

This vision of the future of work has taken the form of a zero-sum game in which there can only be one winner.

However, I believe that this view of the role AI will play in the workplace is wrong. The question of whether AI will replace human workers assumes that AI and humans have the same characteristics and capabilities – but in reality, this is not the case. AI-based machines are fast, accurate and consistently rational, but they are not intuitive, emotionally or culturally sensitive. Yet it is precisely these capabilities that we humans possess that make us effective.

There is no doubt that AI has fundamentally changed and improved our lives. Our cities are connected, our homes are smarter, and the way we do business is more efficient. But AI can only change the part of our world that can be automated. This primarily includes jobs in more structured and predictable environments, such as factories or warehouses. Machines can automate certain behaviors and tasks, but they do not yet have the cognitive capabilities and critical thinking skills needed to perform subtle or complex actions. In areas where uniquely human traits and skills matter – perception, social intelligence, and creativity – artificial intelligence falls short.

Surgical procedures are better left in the hands of experienced surgeons, who’s extensively trained fine motor skills and ability to perceive and assess each situation make them far superior to any machine. Similarly, AI cannot replicate the level of social intelligence that HR professionals need to connect with applicants and employees and build healthy relationships. Finally, machines cannot replace the creativity and expertise of lawyers who draft, negotiate or enforce complex contracts.

That’s not to say AI has no place in these areas. Rather, they can be accelerated by AI as long as it is paired with a human operator – an approach known as human-in-the-loop.

Simply put, this approach combines artificial and human intelligence in an integrated workflow to assist humans and achieve a result that is better than what either could achieve independently. A human, working alongside a machine or computer, adds data to the system to achieve the desired result. This process becomes a continuous loop in which humans train, tune and test algorithms that become smarter and more accurate over time. By incorporating human judgment and preferences into the loop, complex AI systems evolve into tools that are more powerful and efficient than what could be achieved with fully automated or fully manual systems alone.

Summarily, artificial intelligence has reached its tipping point and has quickly entered our daily lives, whether we realize it or not. AI is here to stay and what we are experiencing is just the beginning. “Will (AI) take over the business world? Absolutely,” “Will it happen the way they show it in the movies? Probably not.”

So while Hollywood paints a wildly unrealistic picture of robots taking over the jobs of humans, we know that’s simply not realistic. However, it is vital to note that while artificial intelligence can’t replace human interaction, it could go hand-in-hand to provide a better customer experience if used as the incredible tool it was intended to be.

Did you find this interesting? Please leave a comment and read about other exciting topics here.

Is Travelling a Hobby 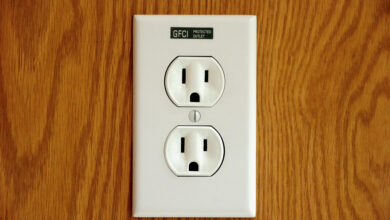 Why do my sockets look amazed? 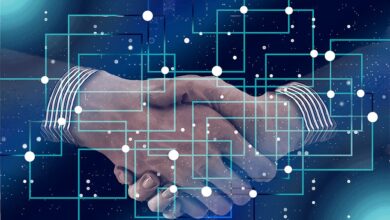 Which is better? Project Management or Data Science? 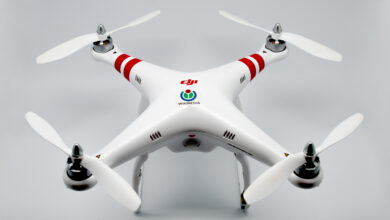 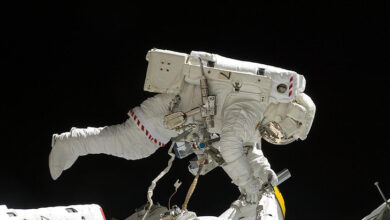