What Is a Drone?

The term “drone” usually refers to any unmanned aerial vehicle. Sometimes referred to as Unmanned Aerial Vehicles (UAVs), these flying machines can perform an impressive range of tasks, from military operations to package delivery. Drones can be as large as an airplane or as small as the palm of your hand.

With the rapid pace of change in technology and innovation, it’s hard to imagine the future, especially when even small things like our cell phones and tablets seem to become obsolete in the blink of an eye.

As technology continues to grow and play an ever-increasing role in consumers’ lives, industries have also changed and adapted. Thanks to ubiquitous Internet access, businesses have shifted from brick-and-mortar retail to online services. With this shift, online businesses are reducing the overhead costs associated with operating a physical store, including rent and wages. 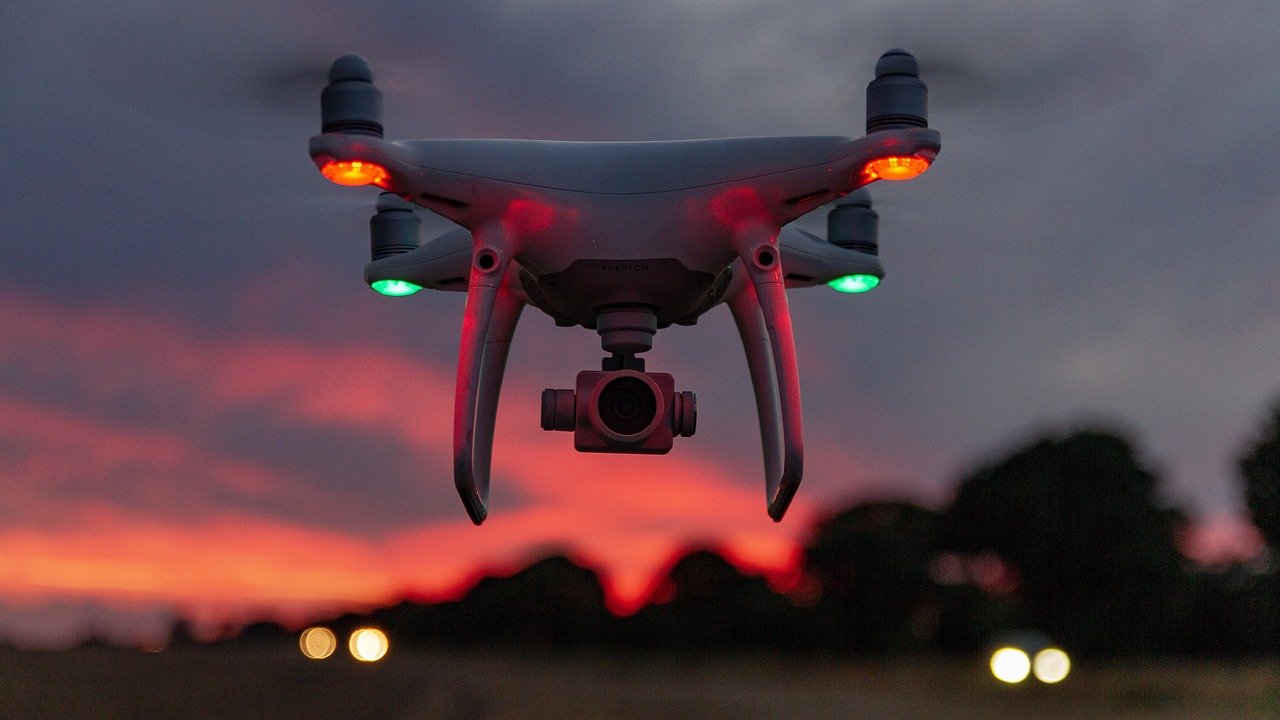 We’ve often heard that automation will one day replace human jobs. Drones are popular, but how will drones affect jobs? Nowadays, anyone can own a drone. We can see drones making progress in every field today, such as planting trees, assisting emergency personnel, search and rescue, and much more. This shows us that drones will not take away jobs, but will likely change the nature of jobs. Drones have their limitations, so it cannot be assumed that they can completely replace jobs.

However, there are some occupations that could impact human workers, such as delivery, where drones could potentially replace delivery drivers across board, transportation vehicles where pilots could be replaced by drones in the near future. What drones can offer now is a much cheaper, much more efficient and faster way to deliver packages. 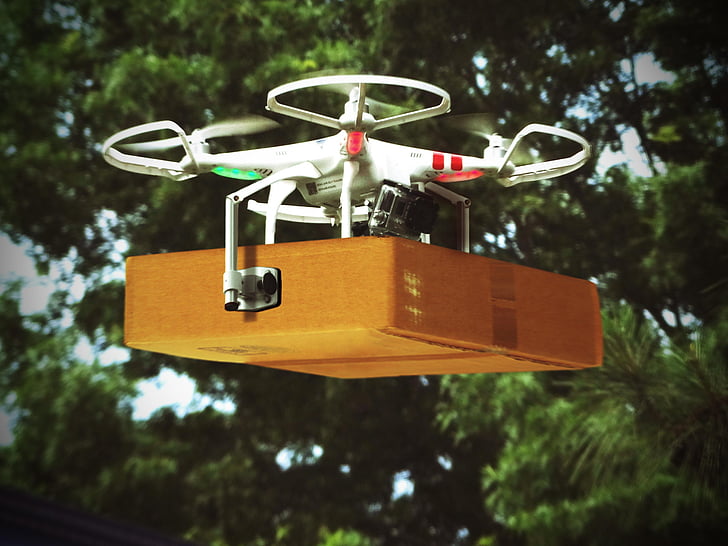 Construction is also one of the potential jobs that could be affected by drones. Tall buildings and hard-to-reach places could be easily reached by drones. Looking around the market today, drones are already being used for jobs such as painting, but they certainly need more room for improvement to totally replace humans.

Recent research has revealed that drones could replace $127 billion worth of human labor and services in various industries.

Lately, Amazon (AMZN) challenged the status quo with Amazon Prime Air. Amazon Prime Air is a drone delivery system that envisions package deliveries in 30 minutes or less. The program has not yet been implemented, but is in development.

While the financial and economic impact of drones is robust, Federal Aviation Administration (FAA) regulations combined with privacy and security concerns have delayed the introduction of commercial drone services.

The rapid technological progress in drones suggests as much because they are portable, cheaper, easy to control and you can turn them into anything you want. But you’ll be surprised to learn that there are some aspects that helicopters and jets still have that drones don’t. Despite the belief to the contrary, drones are the future of the modern world.

In some areas of the industry, drones will not replace helicopters and jets for certain purposes because they cannot adequately perform the tasks. Of course, as long as technology continues to evolve, drones will become increasingly capable of replacing their counterparts. 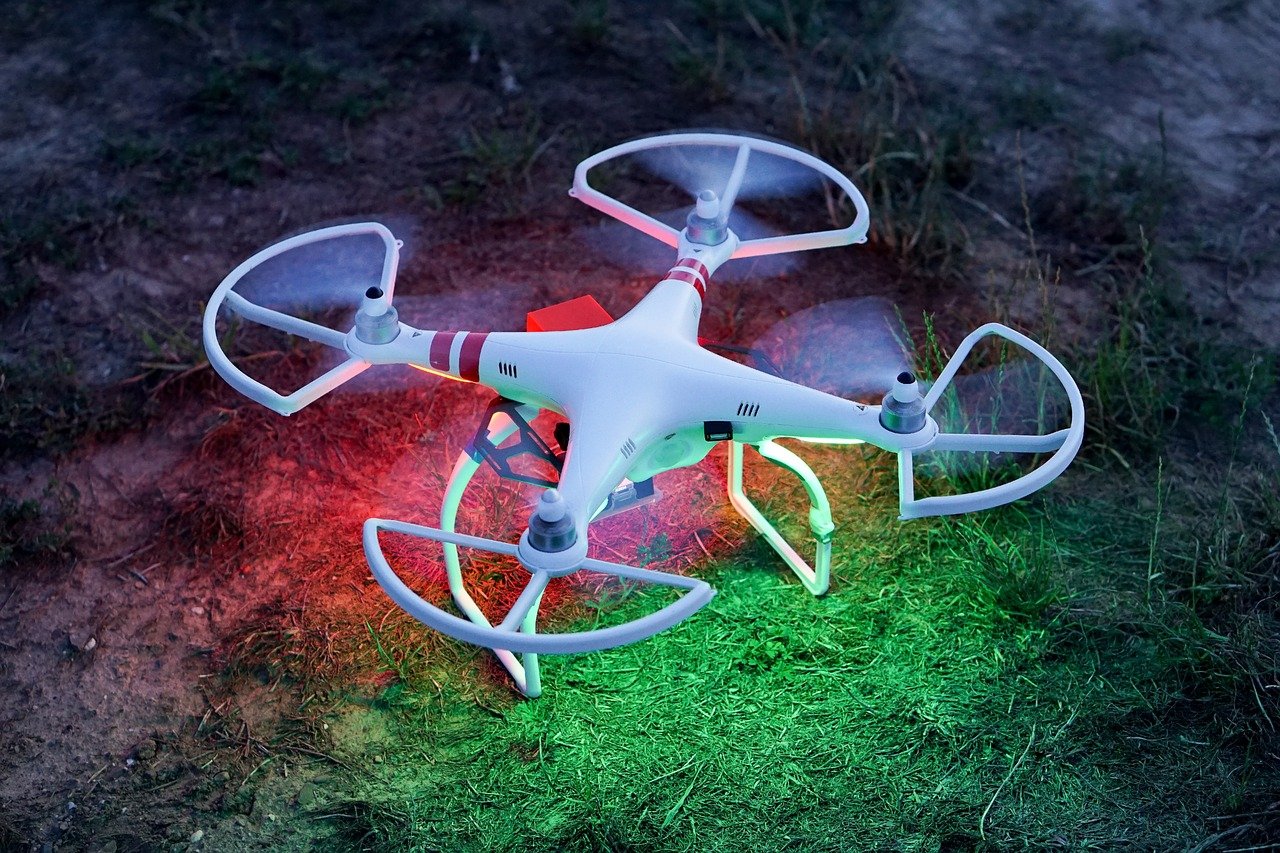 Here are some reasons why the drones will not replace helicopters and jets:

Currently, the farthest distance you can fly with a drone is limited to 4.3 miles with the best drones you can buy, such as Phantom 4 Pro, DJI Mavic Pro, and Inspire 2. They can all do up to 4.3 miles. But anything beyond that will not be achieved. Let’s say you’re involved in a police chase and the suspect happens to leave the precedent. The drone can’t follow that far because of signal limitations. So they’re pretty much stuck right there.

However, drone range will continue to improve. DJI, the leading drone manufacturer, recently introduced the Mavic 2 drone, which has an incredible control range of up to five miles. That means the pilot can fly over larger areas at greater distances. But drones will not replace helicopters and jets. 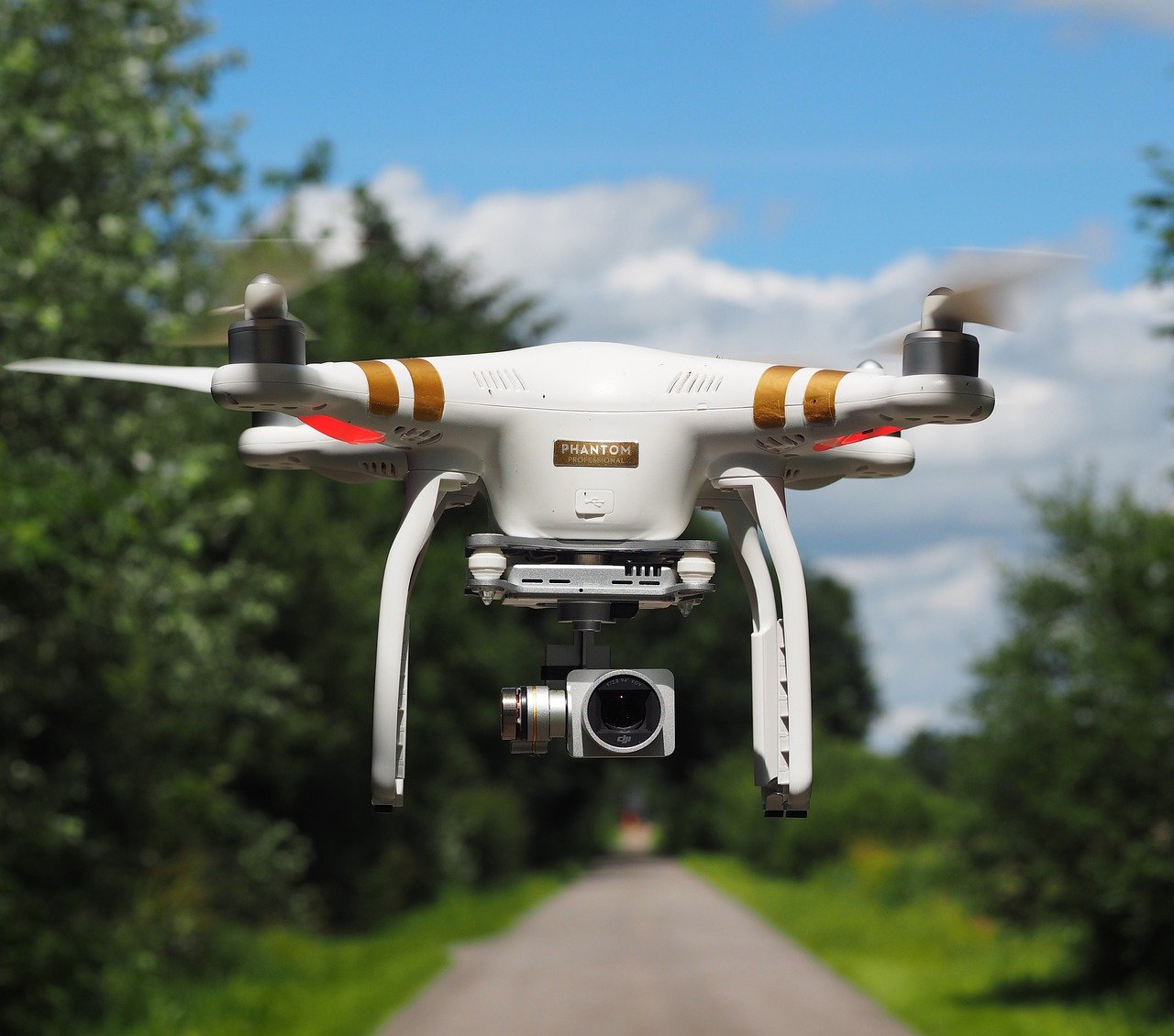 The best drones you can buy usually have a flight time of 25 to 30 minutes. These batteries use Li-Po, which have limited capacity. As I mentioned earlier, the drones don’t have a long range, and the drones are also limited by their battery capacity. The remote pilot will need to carry at least a couple of extra batteries to keep the drone running if the mission is to last at least a couple of hours.

What does this mean for helicopters and airplanes? They operate on a large fuel capacity that allows them to fly for hours. They can fly over long distances without having to land and refuel. Both can still provide an aerial overview. But drones have an advantage over them.

Drones are inherently easy to control and can stay in one place. This makes it very easy for them to get a complete and focused overview of the operation from the air. A helicopter flying over the building has to make another turn to find its target again. With drones, you can easily keep an eye on the object.

Most top-of-the-line drone models have a wind resistance of up to 22.4 miles per hour. In certain cases, if you push the drones into overdrive mode, you can cut through the winds with ease. However, this is not advisable as they are not designed for high wind speeds due to their light weight. It also has less propulsive power compared to helicopters and jets.

The fact is that the biggest mistake a remote pilot can make will be to run the drone out of control and decide to fly the drone too high. The resultant effect will be that the drone will be carried away by the wind. Situations like this can happen, but they are rare. Helicopters and jets are designed and built to withstand strong winds, especially at high altitudes and in turbulence. 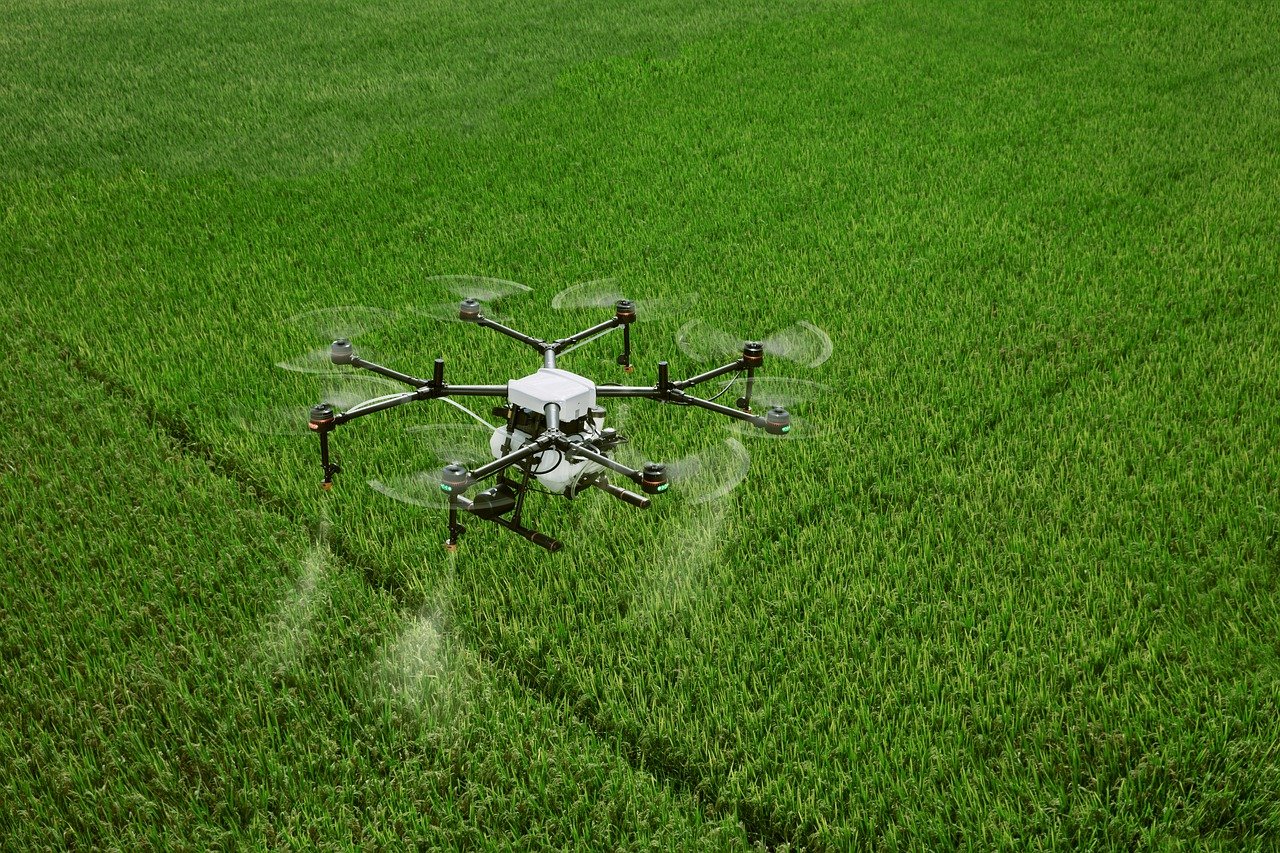 The main difference between drones and helicopters is the ability to carry a payload. The fact is, drones can only carry a certain amount of payload and maintain themselves. A helicopter can easily carry a large bucket of water and dump it over the forest fire. A jet plane can carry a truckload of sand and spread it over the forests to contain the wildfire.

But drones? They’re great for search and rescue missions. They’re even being used extensively in law enforcement to help police officers search for missing persons. Thanks to their nimble and easy-to-control capabilities, a drone can easily navigate through forests and quickly locate people. 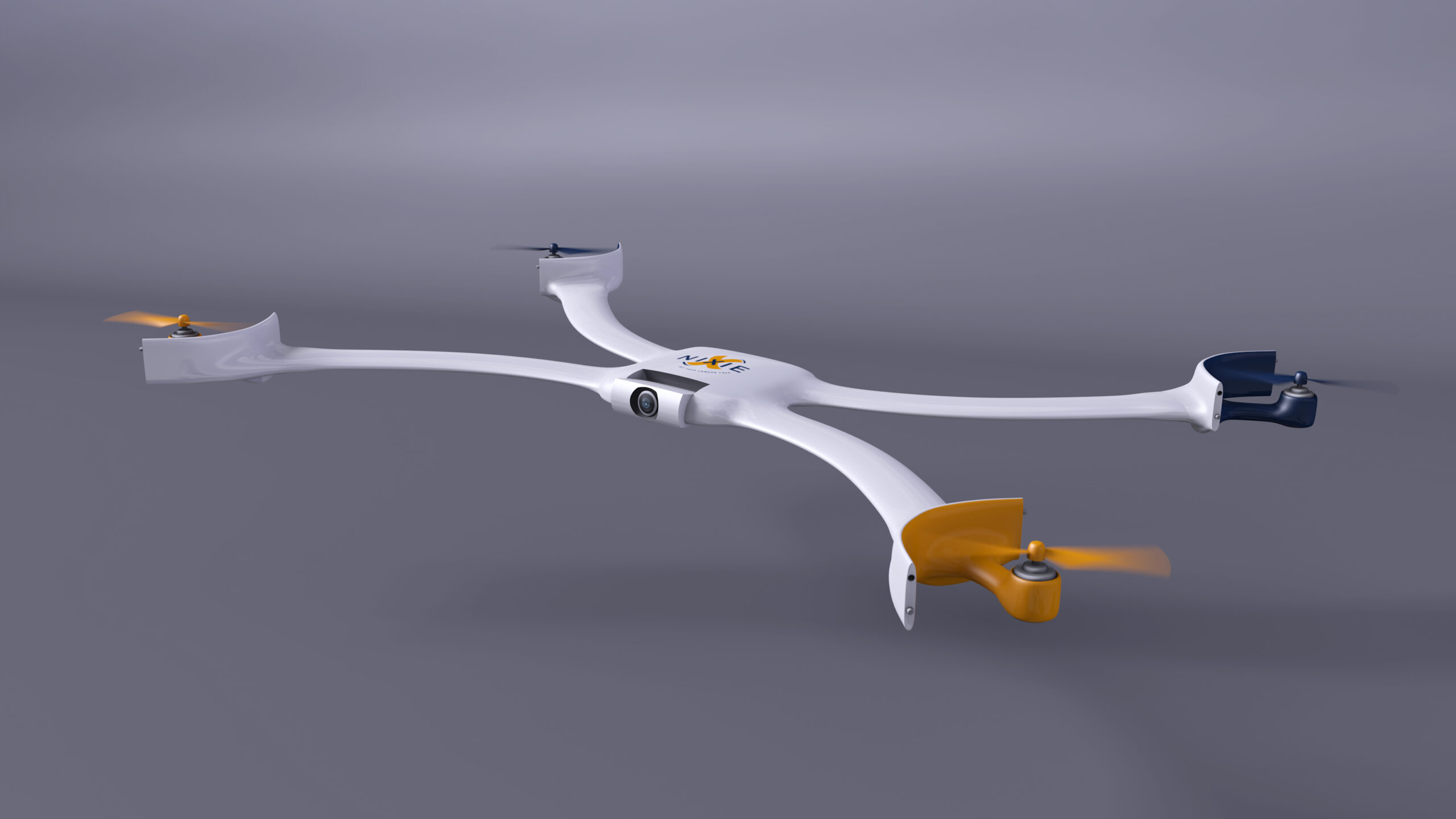 Impact Of Drones On The Environment

The impact of drones on the environment is immense. Drones run on batteries and are more environmentally friendly than delivery trucks. If delivery drones are used on a large scale, many businesses would rely less on vehicles. While this would have a negative impact on automakers, the environmental impact would be a boon, helping many countries reduce emissions and meet emissions targets set in various global agreements. 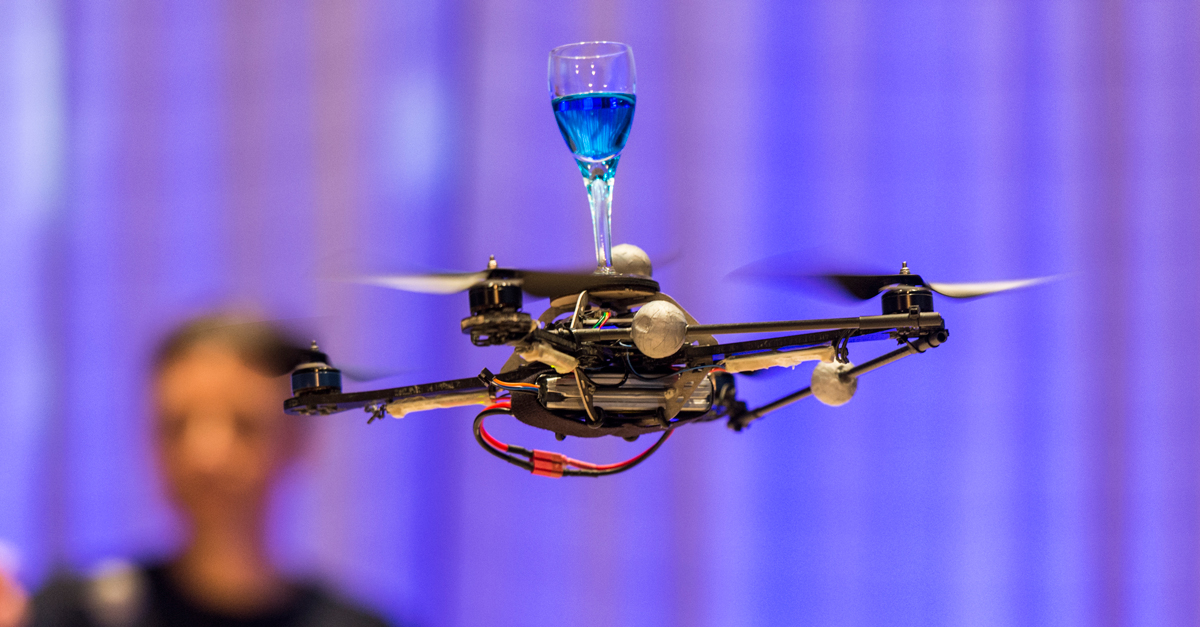 On a macroeconomic level, drone integration could create more than 100,000 jobs. Over a 10-year period, job creation from the commercial use of drones will consist primarily of manufacturing jobs and jobs with drone operators.

Did you find this information useful? Find out what astronauts do in space here.